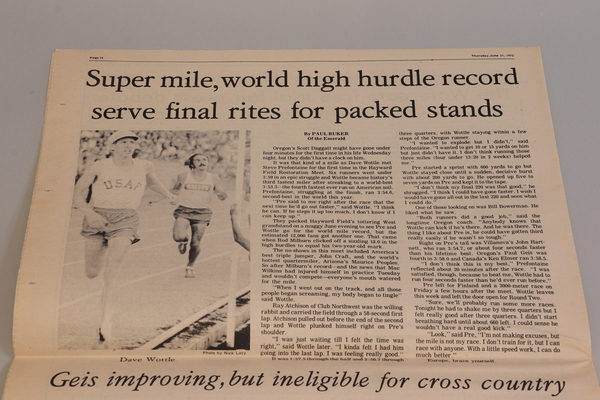 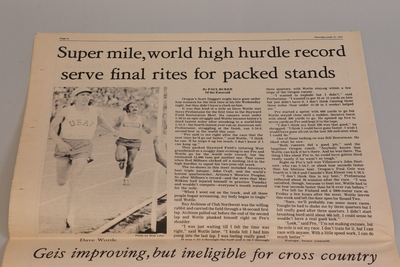 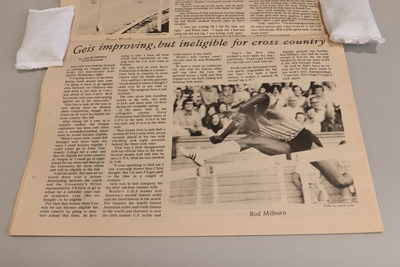 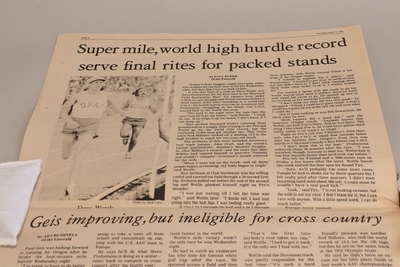 *Rod Milburn tied his own world record in the 120y high hurdles.

* Only in Eugene would news of a tied world record take a backseat to a #3 all-time performance!

*The second article (just above the fold) is about Paul Geis, and includes follow up quotes from Dave Wottle and Rod Milburn.